391 || The Battle on the Homefront: When War Comes Home

Post traumatic stress disorder impacts more than just the soldier; sometimes the whole family suffers. Here we share some of their struggles.

For better or worse, in sickness and health, as long as you both shall live.”

That vow takes on a completely different meaning when you marry into the military. With those words, you willingly agree to long separations, extended single parenting and moving anywhere in the world at a moment’s notice. Your chances for divorce are substantially higher due to the unique challenges of military life. You think deployment is the hardest thing of all; it will feel like “Happily Ever After” once it’s over. But sometimes finding your way back to normal is the most difficult phase of all.

Sarah’s* husband Josh* served in the Army’s Infantry for eight years, and he was deployed to Iraq and Afghanistan—a year in each. “When Josh returned from Afghanistan, I was nervously excited about how we would come together as a family with a new baby,” Sarah says, but she found it difficult to let him assume parental duties. After all, she had done everything herself while he was away.

“Out of nowhere, my loving husband turned into a shell of suspicion, devoid of emotion,” Sarah explains. “He never spoke to me about his issues, so all I knew was what I saw—a paranoid shell of the husband I knew.”

Josh saw military counselors to address his issues, but it wasn’t helpful. He became more paranoid, lied to Sarah about minor things and spent money on frivolous items the family didn’t need.

And then came the worst—Josh nearly committed suicide in front of her and their child.

They’d had an argument, and Sarah asked Josh to leave for the night. “Next thing I knew, he was holding a gun to his head,” she remembers. Their three-year-old daughter was right there. Sarah got her and called a neighbor to take the kids. Another neighbor came to help, and as Sarah spoke calmly to Josh, they managed grab the gun.

Sarah says his eyes immediately went dark and vacant. He rambled about the bodies—how he needed to save them, but they were all dead. About his friend who died during his last deployment. “He said these things over and over,” Sarah recalls.

Josh is certainly not the only service member who has considered suicide. According to an article in “The Military Times,” during the first six months of 2015, 130 active-duty soldiers and 89 reserve members took their own lives.

Suicide does not discriminate; it affects both service members and their spouses.

Christina Whittemore’s Marine Corps husband Chris served three tours of duty overseas—in Ramadi, Fallujah and Helmand Province—during their 14-year marriage. “When he returned from Ramadi, he self-medicated with alcohol as many of them do and started to become emotionally withdrawn,” she says. “He began to lie to me…and by the time he left on the second deployment, I did not know who I was married to anymore.”

When he returned from Fallujah, Christina could see the severity of post traumatic stress disorder taking shape. He could no longer hide his emotions by drinking, and his episodes grew worse. “He pinned me in bed one time, and another time he jumped out of bed shushing me to be quiet because an Iraqi had just left our room.” The war had changed her husband, and she felt helpless.

When Christina told her husband he needed to get help, Chris looked at her as a single tear rolled down his face. “I can’t,” he answered.

Staff Sergeant Whittemore was diagnosed with severe, chronic combat-related Post-Traumatic Stress Disorder and prescribed medication, but because of flight physical requirements, he discontinued it after only one month. He went back to Afghanistan, but Christina says a different version of the man she had grown to love after the second deployment came home.

The following two and a half years brought continued hardships for the Whittemores; the couple lost one of their best friends in a helicopter crash, and they began fertility treatments and lost a baby. Chris deteriorated to the point he entered an inpatient facility. He became suicidal and homicidal, and she grew fearful of sleeping in the same bed with him. “I woke up one night to him leaning over me, about to smother me with his hand, and he just fell over. I didn’t move or breathe; I was so terrified.”

Soon Christina was her husband’s full-time caregiver, and her own struggle with suicidal thoughts began. She tried to take her own life. Chris saved her by calling 911.

After Christina’s inpatient treatment, the Whittemores come back together, and they healed from her suicide attempt. “It is okay to ask for help!” she says.

PTSD has long-lasting effects, so suicide can also occur years after a service member has left the military. Roland Leitensdorfer served in Korea, and his story is told from the perspective of his granddaughter, Bri Clark.

Leitensdorfer and his team were ambushed and returned fire. Once they thought the enemy had left the area, Leitensdorfer began to retrieve the bodies. As he carried the last one, the shooting started again.

“My grandpa was pretty horrifically injured, but he survived. They basically had to wire his insides together. My grandma said he was never ever the same after, but in that time, you just didn’t talk about stuff like that,” Bri explains.

A highly decorated war veteran, Leitensdorfer took his own life on Thanksgiving Day decades later. Bri says he couldn’t go through another holiday with his family when so many others couldn’t. He couldn’t go on pretending to be happy. “He was a heck of a man; he just couldn’t survive his inner demons.”

While her family still grieves, Bri says her grandmother found a way out of deep grief and her struggle with alcoholism: “She started back to church… Now you would never know my grandma had been through what she went through. She is a happy, cheerful, whole person again.”

Army spouse and Christian blogger at “Heaven not Harvard,” Jennifer DeFrates explains when war comes home, a reliance on God can be all that gets you through. Her husband served four tours of duty in Iraq, missing years of their children’s lives. She says reintegration after each deployment always takes time. He’s been home since 2011, but only recently does she feel he’s really home.

“It took this long, and he is still different,” Jennifer says. “Deployments are also hard on the soldiers physically. He had literally been on the go 24/7 for an entire year… His body was wrecked from getting less than six hours of sleep a night and wearing 100 pounds of gear all day, everyday, for a year. Literally, he slept every empty minute for weeks and needed naps daily. It was hard to want to be with him so much and watch him sleeping through those precious hours.”

PTSD took its toll on Jennifer, too, leaving her feeling helpless as she watched her husband struggle to adjust.

“The unique violent experiences he had in combat came home with him, too; they live in his heart and mind in a way I’ll only barely grasp,” she continues. “They were tearing him up inside, and I didn’t know how to help or that much of what I was doing was making things worse…How do you come back to Mayberry (after that), caring about the electric bills and flat tires?”

Things got really bad in the DeFrates marriage. While not every single day contained a fight, tension and anger were the undercurrent in their home. Their house became a war zone, and Jennifer says they reached a point where “nothing on Earth, at least nothing OF Earth”could save them.

She began crying out to God, but it wasn’t until she was ready for total surrender to God’s will for her life that real healing came. “For me, that moment of surrender happened when war came home with my husband. The smell of it, the frenetic energy of it, the despair, bravado and horror of it moved in with his footlocker at the end of his fourth deployment,” she says.

DeFrates found a book, “War Comes Home: Christ-Centered Healing for Wives of Combat Veterans.” She believes God placed it in her path at just the right time to make dramatic changes in her heart and marriage. She began to better understand what her husband had seen, how he had lived, and compassion filled her. “I had prayed for God to change my husband, and He did, but His answer was, ‘You first.’ Today, I am tearfully thankful for that.”

Back to Josh and Sarah

Getting back to the normal may be all but impossible for Josh and Sarah. In fact, Sarah says she doesn’t think there really is a “back to normal” for some returning soldiers, and she implores soldiers’ spouses to be vigilant in looking for the warning signs.

“At times, I compare PTSD to cancer, and this is not done lightly as I have lost several family members to cancer,” she says. “[With PTSD] you can go into remission, but the possibility of the illness returning is always there. Usually, I can see the change in his body language or tone and know he is struggling in the moment.”

However, Sarah clarifies, families should understand they are not alone. Help is available through caring friends, through military PTSD support groups and most of all, through God.

*names changed at their request 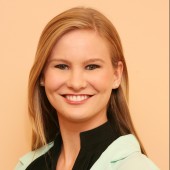 Amanda Sams Bradshaw has a master’s degree in integrated marketing communications and a bachelor’s degree in journalism. She works as the public relations manager for Preferred Medical Group in southeast Alabama. Jesus Christ comes first and foremost in her life, and in addition to being a daughter of the King, she is a military wife, aspiring college professor and writer.

181 || Not Letting My Mess Get In The Way Of Hospitality