We know pain is a part of life.

Sometimes that pain comes in the form of some mild injustice, and we heal from it quickly: an accidental inequity, a careless word overheard, being unintentionally left out.

But sometimes the injustice is brutal and intentional, and the effects last for years. Those wounds feel like they’ll never heal.

It’s one thing when injustice comes at the hands of those who don’t really know us at all. They are the slights from which we can more easily mend. But severe pain often comes when that injustice is served up by people we love and trust. People in your church.

Autumn Miles is familiar with that kind of pain.

A Divorce and a Decision

Autumn is a dynamic speaker and gifted author whose life’s work is to spread her message of the hope and redemption God provided to her. But that hasn’t always been the story of her life.

For six years, Autumn suffered in an abusive marriage. Her first husband’s cruelty, both physically and emotionally, took a massive toll on her self-esteem and self-worth — until the day came when she had all she could take. Autumn knew that divorce, while painful, was the answer, but her decision would cost her more than her marriage.

The deacon leadership of her church, the very church her father had pastored for 23 years, met with her in the boardroom and told her divorce would not be tolerated. In a room full of men (excluding her father, but including her first husband), they said God would never use a woman like her, and she would not be welcome there again.

Incredibly hurt but absolutely resolute, Autumn walked away from the only church she had ever known. Continuing forward on her path of healing, God mended her shattered heart and brought her a new husband, the man of her dreams. She began to see the power of God’s restoration, not only to her self-esteem and self-worth, but also as a catalyst for sharing her story with others. Through a ministry that includes books, podcasting and public speaking, Autumn has done just that.

Unfortunately, this story of injustice doesn’t end with Autumn. She wasn’t the only one who felt the effects of her decision to divorce. In her own words, “The scheming of Satan had only begun.”

Back in the Boardroom

Fast forward two years, to another meeting of the deacons. Same church. Same boardroom. But this time the people on trial were Autumn’s parents. And on the eve of their daughter’s wedding to her second husband, they learned their fate.

Because they had supported their daughter during her divorce, the deacons felt they could no longer support the pastor’s leadership. They were firing him. The following Sunday would be their last with that church.

On a stormy Sunday one week later, a deacon read a letter detailing their pastor’s perceived shortcomings to the congregation and announced that he would no longer serve their church — effective immediately.

As surprised congregants began to understand what was happening, gasps and cries grew louder, audible over the storm raging outside. And at the letter’s last word, a clap of thunder erupted that was so loud, the building shook as if God Himself had announced His displeasure over the injustice.

For the first time in over 20 years, Autumn’s parents found themselves attending a different church. It was awkward at first to attend a local church as the former pastor of another, very popular church. But it was there they found acceptance and warmth.

They forged new friendships and a sense of community. In time, they began to heal. A couple of years later, God whispered to Autumn’s parents that the time had come for a new mission. They were to plant a new church. In honor of God’s faithfulness and restoration, they gave the church a special name: New Life.

A Word of Caution

If you talk to Autumn now about those hard, church experiences, you’ll find she is clear about the lessons she learned. She offers encouragement to anyone going through their own painful injustices at the hands of those in the church. She feels it is important to keep the church and the role of the people in it in proper perspective.

Autumn cautions, “It’s so easy to buy the temptation to use church hurt as an excuse to not be in relationship with Jesus. No! That’s a huge mistake! Do not confuse the actions of Jesus with the actions of men. Remember this: Men will fail you. God will not.”

God never fails. He did not fail Autumn or her parents. Even in the midst of their injustices, they knew God was present and aware.

Today, Autumn is the wife and mother she always dreamed she could be. Her life is full of opportunities to share the love of God and her story of redemption with women all over the world. And her parent’s church is thriving. It is truly a church of New Life. 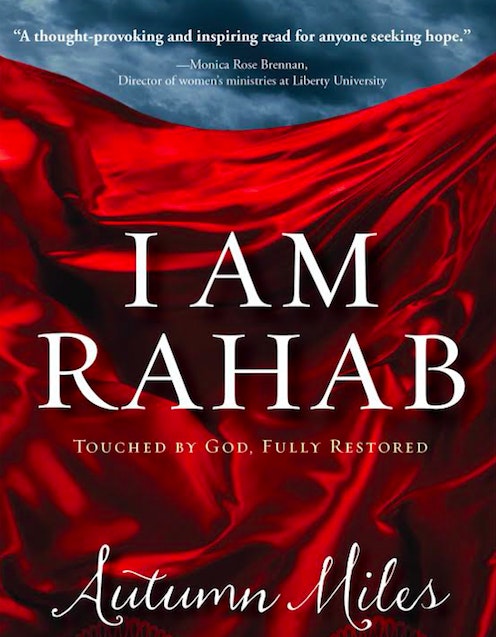 To find out more about Autumn and her ministry or to get a copy of her new book, I Am Rahab, visit her website, Autumn Miles.

Tracie is an indoorsy lady who lives with her outdoorsy husband and kids in Huntsville, Alabama. She believes that laughter truly is some of the best medicine, that God is in the grace-filled business of redemption, and that every person has a story that matters. She writes some of her own story at Tracie Collier.

Telling Better Stories With X3Watch — More Than A Pornography Blocker