264 || Can Christians From Different Denominations Study The Bible Together?

I found myself in a beautiful, stained-glass sanctuary, with a handful of women. Some of them I knew, some of them I had just met. We all knelt down to lift our petitions to the Throne of Grace. The prayers of these women were Spirit-filled and heartfelt, and I quickly knew I wanted to share in their pursuit of God.

That’s when it happened. It came to me as just a simple thought, but it soon became a seed planted that would bear fruit.

What if women from different denominations studied the Bible together?

Later that fall, that seed grew into a big idea. Women from all different churches could come together to study women in the Bible who were devoted followers of Christ. We could all learn to be more devoted in our individual walks as we met together for several weeks leading up to Easter. We could call it “Women of the Way”—WoW! It was like the whole design unfolded before me, and I knew it wasn’t my own idea. I knew it was a gift from God.

Soon the seed of that simple thought and big idea produced a plan. I presented the idea to my women’s ministry group and pastor and they were very supportive. I was given contact information for all the churches scattered around our little town of Fayetteville, Tennessee.

As I wrote an email introducing myself and presenting the idea to each church, I stared at the screen and thought, “These women don’t know me from Adam’s house cat! They won’t do this!” But with trepidation, I clicked send and waited.

To my utter surprise, almost all of them responded over the next few days with excitement and eagerness to join me!

We started with a brainstorming and planning meeting, where there were just four of us representing four congregations. I wanted them to know that I didn’t just want a quality Bible study (though I did!), but I wanted to use the sessions for women to get to know other women from different churches. I wanted us to gently encourage each other to step out of our boxes and labels.

Finally, the dates, topics, speakers, and details were set for March 2012. We made a simple flyer and started spreading the word. We decided that even if there were just a few of us—ten or twelve—that it would still be wonderful!

We opened the doors on the first night hoping a few ladies would show. And they did! They came…and came…and came…until there were over 70 women! They were even lined up at the door. We were amazed.

I spoke the first night of Women of the Way. The series was called “From Birth to Resurrection: Women in the Life of Christ.” I presented on Mary, the Mother of Jesus—the first Woman of the Way! I had been preparing for my presentation for weeks and weeks, and God had nudged me to tell my story of my church experience in my young Christian life.

You see, I come from a patchwork quilt of Christian denominations. I grew up in a Pentecostal church, while my husband was raised in a Presbyterian church. Not to mention, our families are melting pot of various worship styles—Roman Catholic, Holiness, Church of Christ, and Assembly of God. So when we married, we began charting new territory, hoping to find a church home that complemented our very different backgrounds. It’s really no surprise we landed in a non-denominational church. And over the years, we’ve enjoyed being in a Southern Baptist church, an Episcopalian church, and we’re currently in another non-denominational church.

While our spiritual journey has been unexpected and not at all what I had planned, it has been a rich and rewarding adventure. What I realized during that first WoW session is that my patchwork quilt and melting pot family has shaped me for this unique ministry—bringing women together for the sake of unity in the Body of Christ.

Since that first night with 70 women in 2012, each session kept growing and growing. Each year, more and more churches have been drawn to this gathering, and we have women from all over Lincoln County.

In addition to Bible study and fellowship, at each session we highlight and sponsor a different ministry. There is no cost to attend a WoW session, but we ask that women bring donations for the sponsored ministry of each meeting. We’ve collected donations for local ministries like Junior’s House, Inc., Wings of Love, Good Samaritan, Hands of Mercy, Stewarts Chapel Mission Trip, Thistle Farms, Priority! Evangelism, Downtown Rescue Mission in Huntsville, and more.

As we prepare for our fourth year, we’ve had women from over twelve churches and the better part of 150 people at each session. Many hands and hearts have volunteered time and energy to make this idea a reality. Having the support and contribution of so many people has been overwhelming. To realize that God used my seemingly random spiritual journey for His purpose is getting diverse Christians together has been a huge blessing. To see the friendships that have grown as a result of Women of the Way is an honor.

But to experience such unity when believers come together has been truly beautiful! 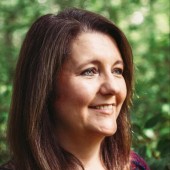 Amy wears many hats—wife, mother, SLP, singer, speaker, and founder of Women of the Way! She lives for summer vacations and snow days when she can sleep late and bake cookies. Currently, Amy serves as Worship Leader at Family Worship Center in Hazel Green, AL.