My early childhood was rather remarkable. Dad was a confident, driven Marine from a small town in Louisiana and mom was a bubbly, optimistic southern girl, who had sacrificed completing her college degree in order to marry her first love and start a family. I am the oldest of three girls, and I was born while my parents were stationed in San Diego, CA. Shortly after that we moved to Hawaii where my sister was born.

When I was three, my dad got accepted into the Marine Security Guard (MSG) program as a Detachment Commander. He was responsible for overseeing the Marines charged with securing American Embassies. This began our stint of world travel, and by the time I was 8, we had lived in Vienna, Chile, and the former Yugoslavia, right as it was on the verge of disintegration. We were housed in finer neighborhoods for safety purposes, and in Yugoslavia and Chile, our homes were quite luxurious and surrounded with brick walls and wrought iron for added security. We had a family dog, and while we were in Chile, through a string of odd events, we added the not-so-traditional parrot and Saki monkey to the family. While living abroad, our proximity allowed us to visit Germany and take a vacation to Greece. What a life; jet setting, living in fine homes, and adopting exotic animals on a whim.

In reality, there was much more behind this thin veneer. All that adventure led to a lot of unpredictability – I suffered with insecurity and anxiety. When I was only three, I began having such horrible nightmares that my dad had to start busting out the witch spray to help me get settled for bed. Yes, this spray was rather fragrant and strongly resembled glade. We went through a total of 7 moves while I was growing up, and each time we left behind cherished friends, and sometimes even our beloved pets. We weren’t on the same continent as our extended family until I started third grade and the closest we ever lived to them still required a seven-hour drive. Our home life was tumultuous and there was constant tension between my parents along with explosive fights. Dad’s job required odd hours and extended absences, and when he was home, discipline was severe. The sister closest in age to me is only 18 months younger, and growing up we were daylight and dark. People often showed blatant favoritism to one of us over the other, and naturally this led to jealousy and competition as opposed to friendship.

There was a lack of peace in our home, and combined with the instability of our life, the tension added extra bumps and bruises to the normal growing pains of life.

We can’t get through childhood without baggage of some sort. I realized that I was going to have to address this before marriage or it would cause issues. I did everything I knew of to deal with these things in advance. I wanted to have a healthy, happy marriage. I knew my husband was going to be the luckiest man alive. I came equipped with lots of practice in the kitchen, a good job, and an arsenal of lingerie. The one thing I had always dreamed of was a satisfying marriage, yet I quickly discovered I was only part of the equation. No amount of work on my part could compensate for what another was incapable or unwilling to freely give.

I went from a loud unpredictable upbringing to a marriage filled with silent indifference and both extremes were painful in their own right. Nothing uncovers our sinful tendencies like the catalyst of marriage. This is especially true when it involves two imperfect beings placing their needs ahead of the other person’s. The disappointment was heart wrenching, so I did what any sane person would do given the situation – I threw things. I threw anniversary cake, a cup of water, my wedding ring, pillows, his Xbox, and his phone – you get the idea?  Clearly I was furious, but the more vulnerable emotions bubbling underneath were devastation and grief. I felt like a wild animal that was finally cornered with nowhere to run. But God loved me too much to let me spend the rest of my life chasing one elusive pot of gold after another, trying to get my needs met in ways that would only leave me empty.

For me, marriage was yet another thing I had hoped would bring healing and fulfillment, but nothing and no one other than God can provide that. When I had nowhere left to run, and marriage had literally brought me to my knees, I came face to face with that truth. There is so much freedom in gut-level honesty. Perhaps, that is part of why confession is such a critical part of a relationship with Jesus even when He already knows the very words we’ll speak before they leave our lips. It’s a necessary component of healing. There is also so much freedom in knowing that I can be known as my true self by the King of kings. He knows me, He loves me, and He accepts me – imperfections and all. The freedom in finding my identity in that, as opposed to hoping someone else will make that happen for me, is incredible. It also frees me up for future relationships – I have hope that I can have a happy marriage one day, keeping in mind that a slow moving relationship is what really works, with my source of hope, identity, and happiness firmly planted in Jesus. 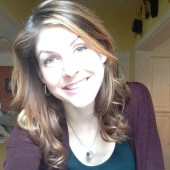 605 || Happy Camper: When Living With Little Gives You More