“It was for freedom that Christ set us free; therefore keep standing firm and do not be subject again to a yoke of slavery.” Galatians 5:1 NKJV

As the children of Israel grew in number, the Egyptian king became concerned that one day they would take over his country and so the king decided to make them all slaves and forced them to do vigorous labor (Ex. 1:11-12). The children of Israel were so unhappy that they began to outwardly groan because of their bondage (Ex 2:23). However, after God rescued them and brought them up out of Egypt, all they wanted to do was go back. The wilderness had its own set of trials and they didn’t like having to depend solely upon God to meet their needs. Instead of rejoicing that they were now free, they longed to be in bondage once again.

For years, I was stuck in this same mindset. I was held captive by the negative patterns that had become my life. The Lord would graciously rescue me and place me on a new path only to find me running right back into old patterns as soon as the new path had one little bump in the road. Why is that? Sometimes it is more comfortable to stay in the bondage where we have grown accustomed than to trust God and venture into new territory.

As soon as the children of Israel felt their first hunger pains, they longed for the abundance of food they had access to in Egypt (Ex. 16:3). It no longer mattered that while their bellies had been full, they had been slaves with no rights. They quickly forgot that they were the ones who had cried out to be delivered. God miraculously, through the 10 plagues, secured their freedom and now all they wanted to do was go back. You see, slavery—although horrible—was what they had grown familiar with. It could be counted on and required no faith, and trusting God was a foreign concept to them.

Priscilla Shirer in her study, One in a Million, uses this illustration to describe why getting out of bondage can be so difficult. An elephant in the circus is chained from infancy by one foot, which is then secured by a stake in the ground, not to run away. The baby elephants are not strong enough to pull the stake out of the ground and quickly adapt to living their life within the boundaries of the chain. Freedom becomes a hopeless endeavor and therefore the elephant gives up ever experiencing it. As an adult elephant, it could easily pull the stake out of the ground, but it won’t because by this point the elephant has simply quit trying.

The children of Israel greatly outnumbered the Egyptians and anytime could have fought back and gained the upper hand. Just like the elephant though, the Israelites had learned to live within the confines of their slavery. They even grew attached to the perks of their bondage and developed amnesia about the hardships that same bondage involved. I wonder how many Christians remain in bondage because it has become familiar and comfortable. Satan has used the same lie for so long that just like the baby elephant, they don’t think they can be free and no longer even try to obtain freedom.

It is easy when facing a present trial to romanticize the past. We get the “grass is greener on the other side” syndrome and don’t like feeling vulnerable. I spent so much wasted time hopping back and forth from bondage to experiencing God’s best in my life. Through it all I have learned this: I would rather be in the harshest climates with God than on the greenest grass without Him. Allow God to pull your stake out of the ground, feel the wind hit your face as you bask in your newfound freedom and never look back! Christ came so that we could be free. So stand up strong and do not return to your former life of slavery! 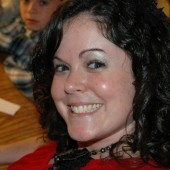 A Topper of a Meal

Nothing Compared to This Joy