On January 18, 2013, I received a phone call that dramatically shaped the days, weeks, months and years to come. On that unsuspecting winter evening, we learned my wife’s mother had just unexpectedly passed away.

There really isn’t much one can do to prepare mentally and emotionally for a call like that. One minute we were in the process of unpacking and settling into our recently purchased home. And the next minute, we were traveling across the country to talk about funerals and final wishes. What followed was a season of suffering in our home unlike anything I have ever experienced before.

Without a doubt, it hit my wife the hardest; it was her mother after all. However, as the head of our household, I felt this overwhelming burden of trying to navigate us through the rough waters of this particularly violent storm.

Now I don’t know about you, but I’m not really sure what the normal reaction to suffering is. I imagine some people simply disconnect from reality, perhaps thinking to themselves that if it doesn’t feel real, then maybe it isn’t. Perhaps others find themselves consumed with rage as a result of the circumstances that never seem to show signs of improving. And maybe some people are like me, someone who is constantly trying to fix things and make them right. For us suffering can bring about an incredible feeling of helplessness because, let’s face it, there really isn’t anything we can do to make it better.

Have you ever asked yourself the simple question, “What is the right response to suffering?”

For many years I have simply viewed suffering as something we needed to survive, and maybe that is true to a certain extent. But the apostle Paul seemed to have a different perspective on this issue. In Romans 5:3 he made this incredible statement, “Not only that, but we rejoice in our sufferings.”

Yep, you read that correctly. To be honest, when I read those words for the first time, I had to go back and read them again just to make sure I read them right. Sure enough, he said we rejoice in our sufferings.

Now there are very few things in this world that seem more counterintuitive to me than that statement. If I were to make a list of the many things I would like to do in the middle of my suffering, I can assure you, rejoicing would be somewhere near the bottom of the list. Yet what I find interesting about Paul’s statement here is that he wasn’t commanding us to rejoice in our suffering. He simply said those who have been justified by faith (Rom 5:1) will rejoice in suffering. It’s not an imperative; it’s a description!

How on Earth could the apostle make a claim so bold as this? Fortunately for us, Paul helped with the answer. In Romans 5, he itemized stages in the life of a believer that come as a result of suffering.

Anyone who has participated in long distance running for any significant period of time can attest to this simple truth. Just physically speaking, when we first begin to run, we generally realize how incredibly out of shape we are and how ill-equipped we are for the task at hand. Those first several miles are always among the most excruciating and painful. Why? Because a runner must build endurance first. And though it is most definitely a different type of suffering, one could say the runner must suffer for a while to build up the endurance necessary to one day enable them to complete the race.

Paul reminded us that suffering produces in us endurance, and endurance is necessary in the Christian life. Have you considered the possibility that God might be using the suffering in your life to develop in you the endurance required so that you might persevere to the end?

But it didn’t stop there. Paul wrote that endurance produces character (Rom 5:4). Now this word for character can be a little misleading at first glance. This word might be better understood as proven character or more simply the proof of our endurance. It’s a word that would have been commonly associated with the blacksmithing industry. The proof was all that remained after the skilled smith worked the metal through the fire, melting off and hammering out any imperfections until all that remained was a tempered steel.

In a similar way, Paul was saying the character that remains through our endurance in the suffering is kind of like that metal. Our character is the tempered steel of faith refined through the fires of endurance in suffering.

And last, but certainly not least, we see that character produces hope (Rom 5:4). Here, we come full circle in Paul’s line of reasoning. However, the hope we find in Scripture is not the hope we use in our day to day conversations.

Hope to us is often nothing more than wishful thinking with a built-in assumption that it may not come to pass. We hope our favorite team wins the big game, but we know there’s a very real possibility they may not. Not so with the hope we find in Scripture. To Paul, there wasn’t the slightest hint of doubt. Instead, this hope was one of absolute certainty. The proof of what God has done in the past reinforces the certainty of our belief in what He is yet to do in the future.

I believe one of the primary reasons God ordains suffering in our lives is because suffering produces endurance. And without endurance, we will never make it to the end. Our endurance produces proven character, which testifies to God’s faithfulness as demonstrated in the sufficient work of Jesus on the cross. And that proven character testifies to the complete assurance we have in God, therefore creating in us a hope that does not waiver.

And here we are back at the beginning of Paul’s argument. How on Earth could he say we rejoice in the midst of our suffering? Well, if our suffering is a means by which we ultimately come to hope in God all the more, then let us rejoice!

Does that mean my wife and I look at the circumstances of her mother’s passing with rejoicing hearts each and every day? Certainly not. Left to ourselves, we aren’t even capable of rejoicing in our sufferings for a single moment. But we can cling to the glorious Gospel of Jesus Christ—even in our darkest hours—knowing that hope ultimately awaits all who trust in the perfect work of our one and only Savior. 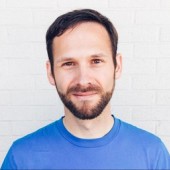