The moment had finally come. All the paperwork, training, prayer, and daydreaming of the past two years had been building up to this moment. Now, On January 2, 2009, I was boarding my first international flight for the exciting and mysterious lands of South America! Every step I took toward the TSA-manned station was a small reflection of the thousands of steps taken to this new chapter of my life…

The call to be a missionary specifically to Hispanics was a year-long process that began during my sophomore year of high school as God and I wrestled over my future. I wanted to be a vet, but He did not give me one moment’s peace about it. He first began to shatter my rebellion during a surrender-themed D-Now weekend. After two days of listening to sermons about giving God control and singing songs about how “God is my everything,” I finally cracked with a torrent of sobs and sincere prayer to do whatever God called me to do. However, it wasn’t until a few months later that the Spirit sparked the missionary flame within my heart during my church’s annual missions fair. The pastor quoted Romans 10:14-15, “And how are they to hear without someone preaching? And how are they to preach unless they are sent?” I sensed the Spirit’s voice saying,

“Katie, this is the reason you were born! This is My plan for you!” How could I dare say no?

My calling did not fade as I entered college life at Auburn University as a freshman. In fact, God always provides what His servants need! He led me to a wonderful church with an extraordinary focus on missions. It was there that I learned about the Journeyman program, a two-year term of service for college grads with the International Mission Board (IMB). I immediately knew that was the path for me. Therefore, I decided to major in Spanish. At the end of the day, I may not be able to install a well or diagnose cancer, but I can articulate the two most important statements: “Jesus loves you!” and “Where’s the bathroom?”

During my time at Auburn, a missionary couple from Bolivia came to speak with our college group. The longer they talked, the more I was certain that Bolivia was the absolute last place I wanted to go. Llamas, cold mountain air, and no beaches… no thanks. I wanted to go to Colombia where there was danger and great possibility of meeting James Bond. (Big dreams, I know.) Colombia, yes. Bolivia, absolutely not. After graduation, I took my very first airplane ride to Richmond, Virginia for my candidate interview. I was asked to list three job positions for which I would be considered by a committee. The first on the list was Colombia, of course.  Second was a logistics job in Ecuador, and in the third slot was a position in Bolivia for an ESL teacher. However, I wasn’t even remotely worried that they would give me that assignment. After all, it was the third choice on my list, and I was one hundred percent sure I was heading for Cartagena, Colombia! Silly, silly me.

One month later, I received a letter from the IMB. My hands anxiously tore open the envelope as my mom and brother hovered around me. It welcomed me to the IMB as a Journeyman. My job assignment? Santa Cruz, Bolivia! God is so good in how He works. Instead of disgust and disappointment, my heart was immediately burdened for a people that two minutes earlier meant nothing to me at all, much like the love a woman has when she finds out that she’s pregnant. It is a love only explainable by the Spirit of grace!

Where I Go, They Go

I had a growing number of prayer supporters from multiple churches — the Body is definitely one of God’s greatest blessings to His people! Many of them were people who had watched me grow up, who each had some role in my spiritual development, and who continue to spur me on as a sister in Christ. I never underestimate the role that every member in a local church plays in the global mission of God. Even though they may not physically travel to the far-away places, the missionary always carries them with her wherever she goes! My precious Granny who walked with me down the aisle when I confessed Christ would now walk with me in prayer to the megacity of Lima and the jungle villages of Bolivia. My sweet friend Kathy Jo would not only encourage me with intimate conversations between friends but with intentional intercession on my behalf before our Heavenly Father. My then-boyfriend- now-husband, Matt, encouraged me to place my relationship with God over my relationship with him. I must admit that I have been blessed beyond measure to have such an array of spiritual warriors fighting for me.

A Christmas to Top All Christmases

Finally, after two months of intense spiritual training in Richmond, a Christmas commissioning by my parents’ church, and the sweetest, most meaningful Christmas I have ever spent, it was time to go. I had my passport ready and my ticket in hand. After checking my trunks and receiving my boarding pass, I sat with my family for a final few minutes, trying to ignore the pounding of my heart. One by one, I hugged them good-bye, and then Matt walked me to the first security point. This was as much a test for him as it was for me! That good-bye kiss ranks somewhere in the top three of all time as Matt let me go and trusted God completely to bring me back to him again. From that point on, as I worked through TSA checkpoints and found my terminal, I very much felt like Maria singing “I Have Confidence” knowing that my confidence was in the Savior. On January 2, 2009, I kicked off the New Year by heading off for a new job in a strange new land to serve my Lord for two years in a task that is centuries old. I think it very befitting that I left at New Year’s to go share the Gospel that renews men’s hearts and makes them whole!

I hope my story has reached you today. Maybe the Lord is calling you to go where you have never been or do things you have never even attempted to do. I was in your shoes, and I can say with absolute assurance that God is faithful. The One who calls you now will sustain you as you venture forth to the village in Africa, the big city in China, or the house next-door. You may think you have no words to say or help to give, but you carry the greatest gift that you can give—the Gospel! I encourage you, brother or sister, to have boldness and embrace the Spirit’s gentle, yet sincere command to go! 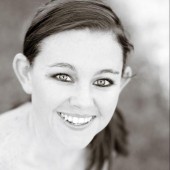 Nonstop From Here To Cali And Back Again